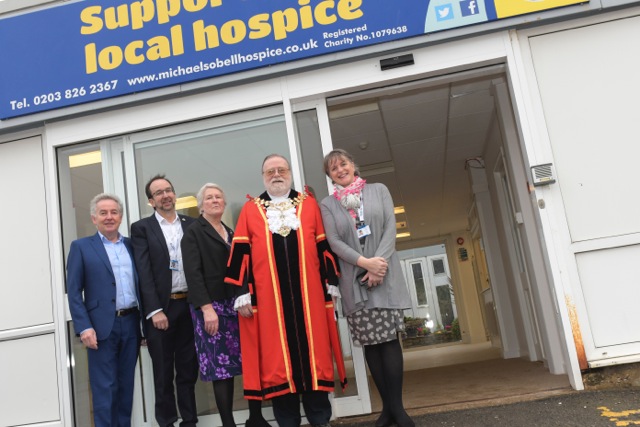 HUNDREDS of local people descended on Michael Sobell Hospice, Mount Vernon Hospital, on Saturday morning, to attend the grand re-opening of the Hospice Inpatient Unit (IPU) after the completion of a three-month refurbishment and redevelopment project.

The Hospice IPU, which closed due to health and safety issues 18 months ago, is now fully refurbished and will see patients from as early as the New Year.

Michael Breen commented: “The community visited our Hospice this weekend and the comments by so many have been just fabulous. We are so happy that the refurbishment has been received in this way, but now the hard work really begins, which is to fundraise to ensure the future of hospice care at Michael Sobell Hospice. Together, with Hillingdon Clinical Commissioning Group, Michael Sobell Hospice Charity provides the funding for Harlington Hospice to provide the care for local patients.”

He added: “This is the start of a new journey for Michael Sobell Hospice Charity and the new team of trustees, and we hope the community will re-engage and support our efforts in fundraising, to keep this vital service available for everyone who may need it.”

Representatives from new service provider Harlington Hospice, were also in attendance on the day. Steve Curry, Chief Executive said: “All the feedback was great on what we have all achieved with the building, from everyone who visited on Saturday. We are looking forward to caring for patients and their families in the New Year.”